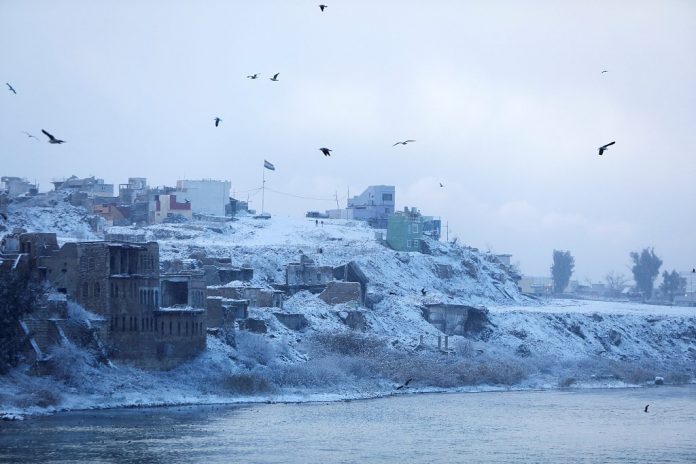 But big concern as this time changing of weather all over the world first we also see snowfall in Pakistan also is really a big concern for all over than world. Maybe Baghdad Snowfall Global warming or not ? But North Pole also melting down. Every country have different weather condition now a days. Really a Big concern for upcoming days. If world not think seriously about this then as soon as possible if we late then we have no time to think about this we already so late we have to take big steps as soon as possible.

This really concern but seeing a snowfall for a really a rare and new view for Baghdad people who really like and enjoy of this snowfall.

It’s good to see all world take this so serious this carbon emission and all countries want to reduce this as much as possible. But this not good to see only in summit and talk this happen in real world and not even every country take this serious every person take this his own responsibility to fight against the biggest fight Global Warming.