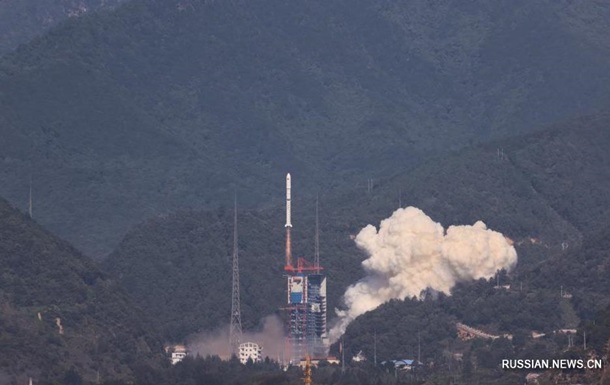 China is leading in space one more time. China on Friday successfully launched a Guangmu Earth-science satellite via a Long March-6 carrier rocket from Taiyuan Satellite Launch Center. China Launches Satellite Guangmu is the world’s first Earth-science satellite dedicated to serving the United Nations 2030 Sustainable Development Agenda upon the 50th anniversary of the restoration of the lawful rights of the People’s Republic of China in the UN.

This Satellite is developed by the Chinese Academy of Sciences. The satellite will carry out precision analysis of energy consumption, habitat patterns and coastal areas in the vicinity of human populations, and provide data for sustainable development indicators.

Friday’s launch, the 395th flight of the Long March rocket series, marks a perfect conclusion for the Long March-6 carrier rocket’s four missions this year. All the developer of the rocket and a subsidiary of the state-owned China Aerospace Science and Technology Corp.

The launch vehicle is the country’s new-generation, non-polluting liquid-fueled rocket. This is capable of performing a variety of orbital launch missions that can support multi-satellite launches, satellite constellation and complementary satellite network missions. It can carry a payload of up to one ton to the 700-kilometer Sun-synchronous orbit. Since its debut in 2015, Long March-6 has undergone a variety of technical upgrades which have enabled the vehicle to maintain its heavy workload.

Compared with the first generation of Long March-6 rockets, the second group used in Friday launch has been subject to significant changes to its electrical system, making it more durable, increasing its total capacity and making it simpler to operate.

Keep update with all latest news Subscribe to our newsletter!