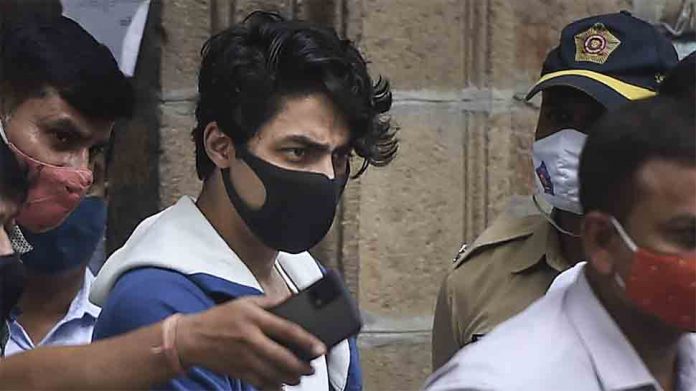 Aryan Khan was arrested on October 3 in connection with a drugs raid conducted by the Narcotics Control Bureau. The NCB’s Mumbai unit raided a cruise ship off the city coast. Aryan Khan, along with several others, was arrested and accused of consumption and conspiracy among other charges. Since 3 October 2021 Aryan Khan has been doing the rounds of courts in Mumbai seeking bail. As of October 25, Aryan Khan remains imprisoned at Mumbai’s Arthur Road Jail after a special drugs court rejected his bail application. Aryan’s lawyers have approached the Bombay High Court to seek relief. The court today going to hear Aryan’s bail plea.

On receiving a tip-off, a team of the Narcotics Control Bureau’s Mumbai unit, led by zonal director Sameer Wankhede, boarded the ship disguised as passengers.

Charge Against Aryan Khan are these

This section prohibits the production, manufacturing, possession, selling, purchase, transport, warehouse, use, consumption, inter-state import and export, import to and from India, or tranship of any narcotic drug or psychotropic substance, except for medical or scientific purposes.

Under this section, possession, cultivation, manufacture, sale, transport, and use of cannabis are punishable offences.

Under Section 27, the consumption of any narcotic drug or psychotropic substance is a punishable offence.

This section presumes that the accused knew what they were doing. Hence, the accused will be treated guilty unless proven innocent.